Do you have any questions about the Spanish Transmisssion Network Development Plan for Electricity 21-26?
You can find all the answers here 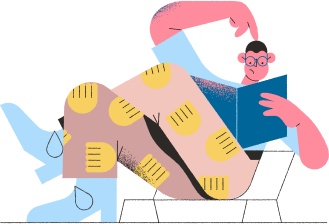 It is the regulatory instrument that establishes the development needs of the electricity transmission network for the period 2021-2026. Specifically, through this development plan, existing infrastructures will be reinforced and new facilities will be promoted that will allow Spain to move forward on the path of ecological transition with guaranteed supply, placing the protection of the environment and the economic efficiency of the electricity system at the forefront.

Its development began in March 2019 with Order TEC/212/2019 and has been carried out in accordance with nine guiding principles, which are:

Thanks to the Network Development Plan 21-26, we will contribute to mitigating the impact of climate change in our country and boost economic and social recovery after COVID-19. Particularly, the development of the transmission grid will allow us to advance in the process of ecological transition, guaranteeing the massive integration of renewable energy sources (37,000 MW). By 2026, this will lead to a 66% reduction in CO2 eq emissions with respect to figures recorded in 2019. On the other hand, the planned investment volume –reaching 6,694 million euros– will be a catalyst for economic activity in the country and for our industrial fabric, as it will activate the sectors associated with the installation of electricity infrastructures. In this way, the Plan will enable the creation of employment, wealth and well-being for the territories. Likewise, the investments envisaged will generate efficiencies and highly profitable savings for the Spanish electricity system as a whole.

The full Network Development Plan 21-26 document is available on the following link:

The current legislation (Law 24/2013 of the Electricity Sector) indicates that a Transmission Network Development Plan for Electricity must be prepared every 4 years, covering a period of 6 years.

The Network Development Plan document includes investments that involve both the development of new infrastructure and the reinforcement of existing facilities, as well as other investments necessary for the system’s safe operation. Likewise, it includes projects that must be developed within the established planning period, which are binding in nature, and others that are identified as necessary for a horizon subsequent to that of the aforementioned Plan. The latter are included so that the associated administrative procedures, which may require an extended period of time, can be initiated.

The following are all the parties involved in the process of drawing up the Planning:

The design of Network Development Plan 21-26 was a participatory and transparent process that involved the participation of the subjects of the electricity sector and, in addition, allowed the participation of any entity or individual. The regulatory aspects governing the process are set out in the Electricity Sector Act 24/2013, RD 1955/2000, RD 1047/2013, the Environmental Assessment Act 21/2013 and RDL 1/2019. It consisted of the following phases:

The planning process was carried out following a rigorous Strategic Environmental Assessment procedure in order to make it sustainable and respectful of the environment.

In this way, environmental and territorial conditioning factors have been prioritised in its design, making better use of the existing grid, avoiding the most sensitive areas and reducing investments with an environmental effect on the territory. In fact, only 13% of all the Renewable Energy Sources planned to be connected by 2026 in areas where this is not currently possible will require new transmission substations.

The primary transmission grid is made up of lines, parks, transformers and other electrical elements with nominal voltages equal to or greater than 380 kV, as well as international interconnections and those of non-mainland electricity systems.

Red Eléctrica de España, as the sole transmission agent of the Spanish electricity system, will carry out the projects for the construction of new infrastructures or the adaptation of existing ones once they have been authorised.